The Highs and Lows of Wildlife Care 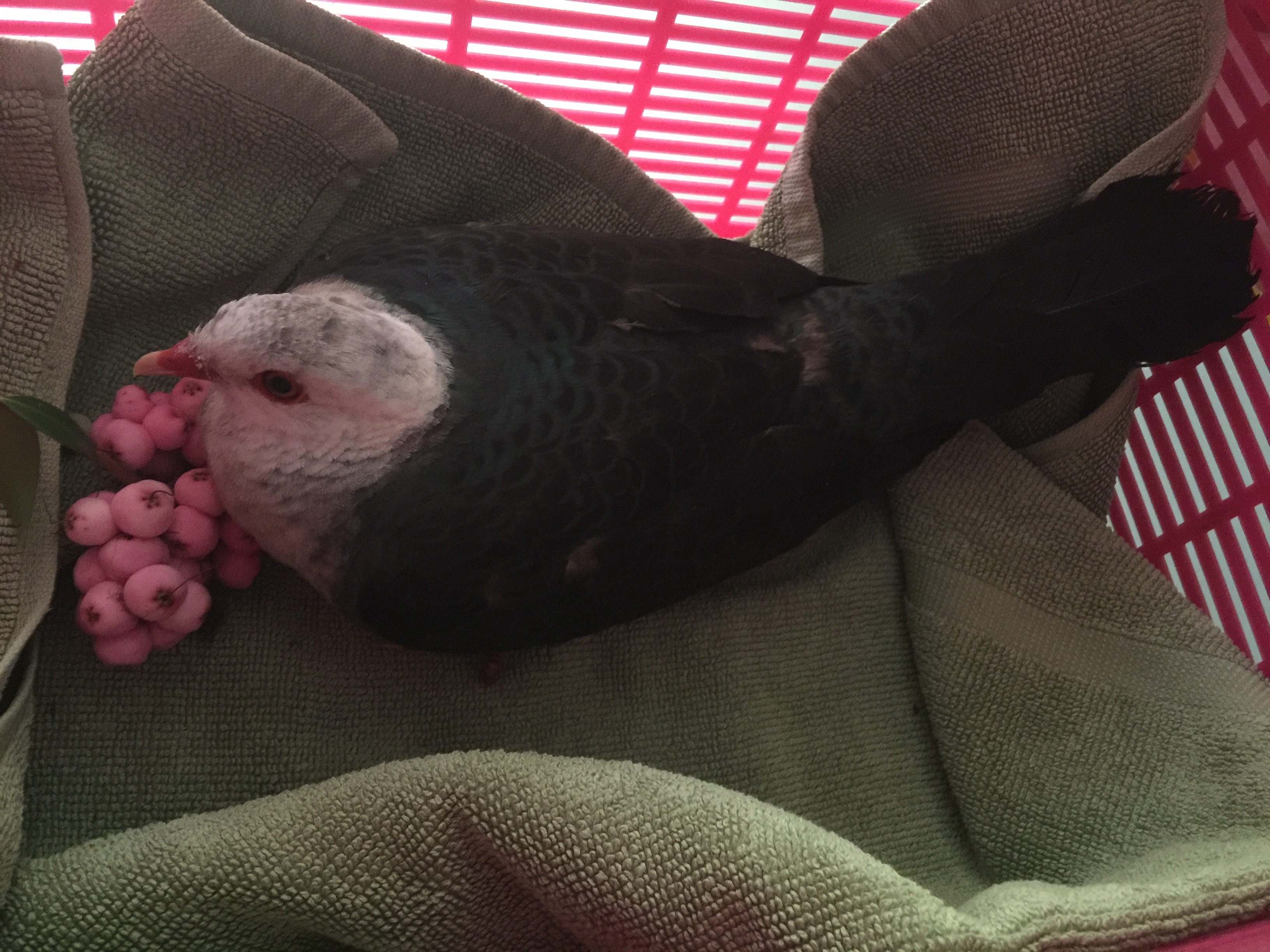 Some days can be a little depressing for wildlife carers, but other days are just uplifting. Often there are no outward signs of damage done to the wildlife, and even xrays don’t always show the full extent of injury. Nevertheless, to know that an animal has received pain relief also helps sustain the carer during the rehabilitation process. No animal should have to suffer unnecessary pain.

This week, my local Yandina vet surgery rang to say a pigeon had been brought into them, after it had flown into a window. The rescuer said that the bird had hit the window hard and was then unable to fly. He was able to catch it as it walked across his yard. What a nice man!

It was a beautiful young healthy white-headed pigeon. No injuries were found, but he was very sedate and needed care until strength was regained. I was actually a little concerned on whether the poor stunned bird would survive the night.

The next morning saw a much brighter bird, so I instantly felt brighter too! Some mornings we can feel very apprehensive when checking our wildlife if they haven’t been 100% the night before.

After his two days rest and recuperation, and flight tests, I drove this bird out to his home address. He immediately flew up and away, and then circled back to land in a tall tree nearby. It was a joy to see. If the bird had been left on the ground he would have been very prone to predation and may not have survived. Thank you to his rescuer. These days make it all worthwhile.