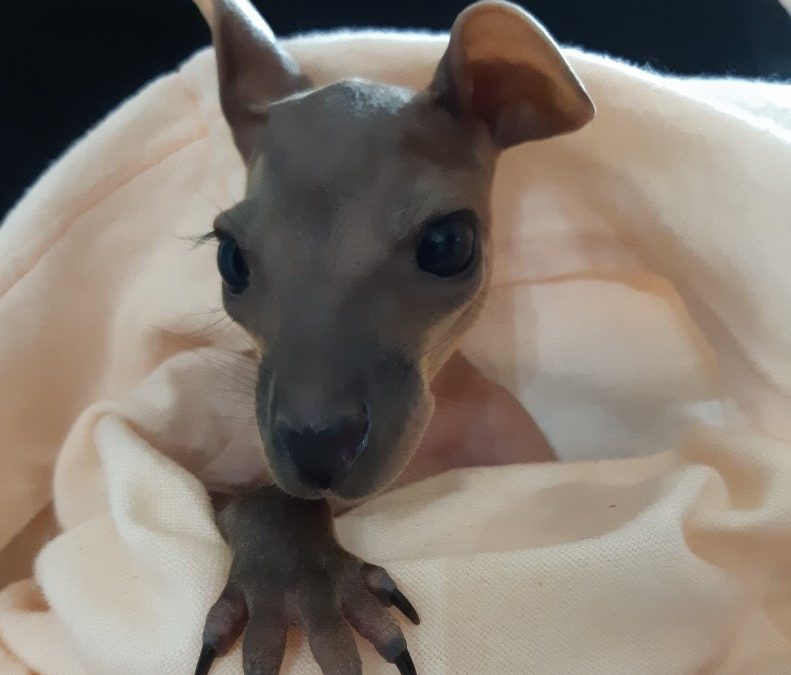 The WILVOS Hotline 5441 6200 has continued to receive over 400 phone calls a month for orphaned and injured wildlife.  Our amazing group of volunteers record all their calls and this is a story in itself.  We can see what is happening out there in the environment.

At the moment there has been a large increase in macropod calls.  When we get an increase in wallaby calls it usually indicates that areas of forest have been destroyed.  Even those small  one hectare areas of bushland house so many species.  Wallabies, being a smaller macropod, depend on the concealment of the bush.

On the other hand when more Hotline calls are received about eastern grey kangaroos, it indicates another highway has been built in an area which was usually a pathway for kangaroos.  Sadly most of these animals suffer compound fractures after car impact and are euthanized, and often the females will have a joey in pouch.  Even the small furless joeys are able to be raised and our WILVO  rehabilitators do a wonderful job.

One of our carers had her first experience raising a whiptail wallaby.  Mr Whippy came in with just grey skin and the beginnings of fur growth. He has just been passed on to another carer who has a number of the same species so I’m sure that was a sad day for Rachel, Dale and Esther.  Nevertheless, they were very proud of their achievement.  They reared Mr Whippy in those tough early stages, with no ‘hiccups’ in his rehabilitation.

Though this is a quieter time of year for wildlife carers, the phone calls for help continue to increase.  We are going to have some very busy months ahead and I am so thankful for all our younger WILVO carers who have joined, and are showing such great dedication and commitment to our native animal care.