No vegetation changes at Shelly Beach 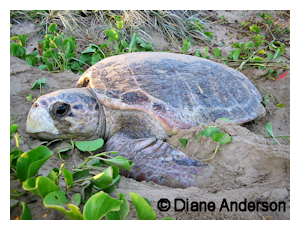 It was great news to hear that vegetation at Shelly Beach won’t be altered. I shake my head at how this proposal could even be considered. Improve someone’s view at the expense of such a truly majestic but critically endangered animal?

Cold, hard facts have been quoted from eminent scientists, but if the facts don’t weigh in on the right side of the argument then people will choose to discount this knowledge. I don’t think an IQ needs to be too high to see that there is no advantage in interfering with this beach front, except for those who want a better view.

Shelly Beach has always been an area with a high density of turtle nests. This is no accident. The turtles choose this particular spot to lay their eggs. The shade from the trees protects the nests from extreme heat. The extra light pollution, which would result from ‘minimizing’ this vegetation, would definitely have a detrimental effect to the hatchlings when they emerge to return to the sea.

I hope the residents of the beachfront realize how lucky they are to have that vegetation. If that wasn’t there, then the solution for a critically endangered animal, such as the loggerhead turtle, could be as suggested elsewhere in the world. A fence high enough to block lights and provide suitable shade. That would be one heck of a block to a sea view, but maybe an artistic sea view mural could be painted on the wall? (Adorned with a painting of a loggerhead and a green turtle, of course!)