Echidnas are unique and exquisite! 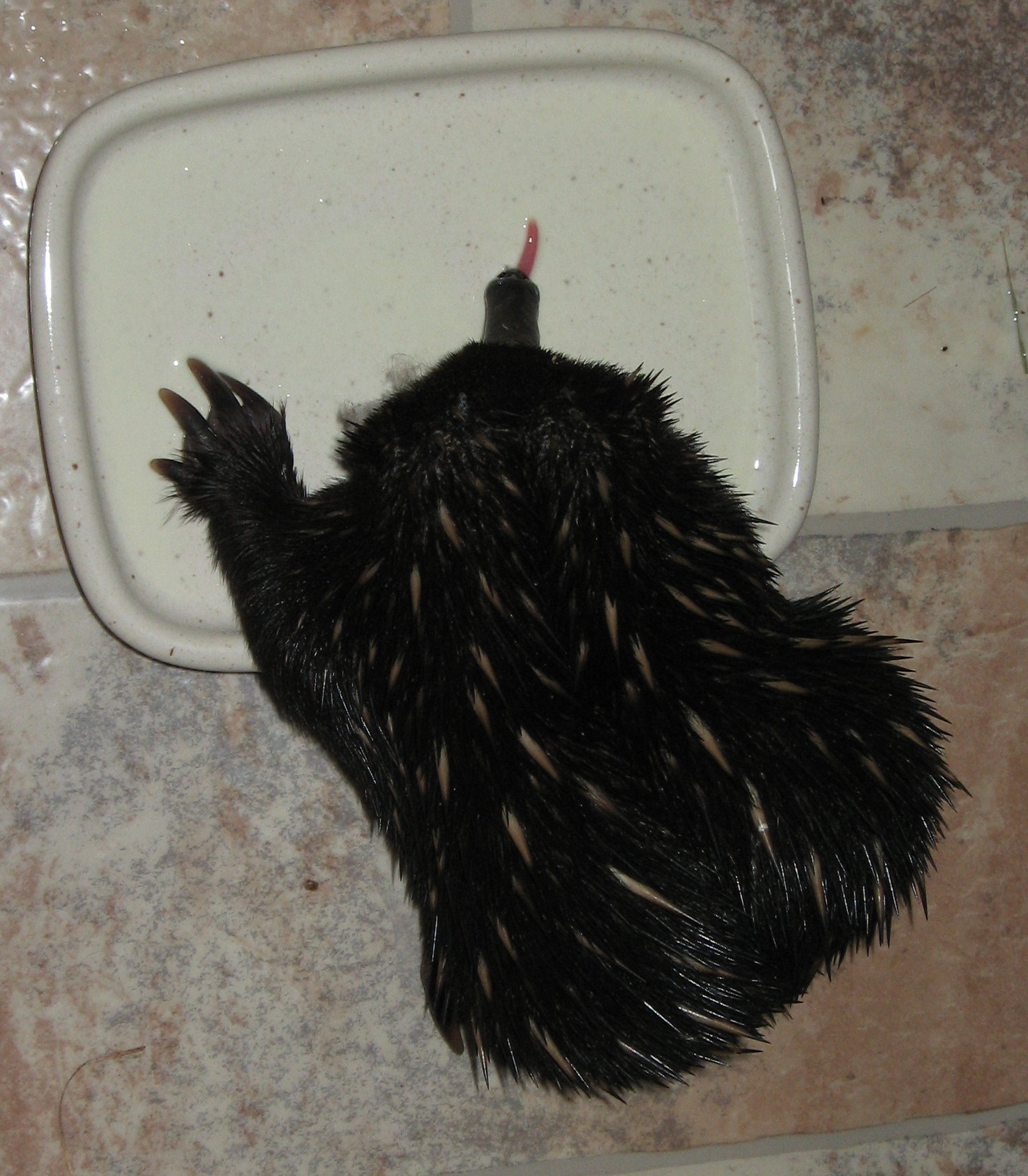 The WILVOS 5441 6200 Hotline has an increase in calls about wildlife hit by cars at this time of year.  Unfortunately, early nightfall sees animals and humans all converging on the roads at the same time.

The cool weather also brings an increase in echidna calls.  These unique animals are rarely seen unless injured or dead on the side of the road. We are even less likely to see an echidna ‘train’ as breeding season approaches.  This occurs when a line of males follow the female echidna, until finally the one with the most stamina wins the prize!

After mating, there is a gestation period of 22 days after which an egg is laid into the pouch which forms for this occasion.  This tiny egg hatches after ten and a half days.  The puggle hangs on under the mother’s belly for approximately another seven weeks.  How it survives is truly amazing.  My first spineless little puggle came from the Town of Seaside development  as bulldozers cleared there many years ago.  Rearing that little animal has been a highlight of my wildlife rehabilitating years.

As spines develop it is time for the mother to dig a nursery burrow in a lovely cool spot which hopefully won’t be disturbed by humans. This is why our advice is not to relocate echidnas, as the young may be  left in a burrow waiting for mother to return at feed time, which occurs every five days. The young ingest a huge amount of milk by licking it off the milk patches.

If seeing an echidna in suburbia the automatic, and incorrect,  response is to relocate it to a patch of forest.  They can’t bite, they have no poisonous spurs, but they can hang onto the ground like superglue!  Just allow the echidnas to  continue on their suburban nocturnal adventures. Once the domestic pets are contained, these diligent termite eaters continue on their way.

Should echidnas be away from cover or out in the sun during the day there is a problem.  These animals die from heat stress unless kept cool.